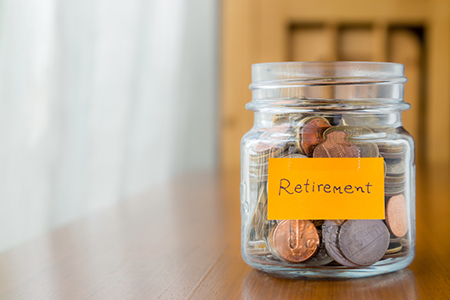 The average length of retirement in the United States is 18 years, according to the U.S. Census Bureau.

How do retirees pay for those 18 years? Retirement plans vary, though most people eventually collect Social Security and Medicare benefits. Here are some strategies for making the most of your money that’s set aside for retirement:

Maximize Social Security
To get the maximum in Social Security benefits, anyone who is 62 in 2017 would need to wait until they’re 66-67 years old to receive full retirement age, or FRA, benefits. Medicare benefits begin at age 65.

You can start collecting Social Security benefits as early as age 62, but it will be at a lesser amount than if you waited until FRA up to age 67, depending on the year you were born. The Social Security Administration has an online retirement calculator to determine your full retirement age.

By waiting until age 70, you’ll get more than the 100 percent of benefits of the FRA at age 67. Every 12 months that you delay benefits after FRA, until age 70, adds an additional 8 percent.

Keep Working
Earning an income, even a part-time one, can help people in their early 60s cover their living expenses while waiting to claim Social Security.

Delaying retirement and working longer also gives them less time to use money from their 401(k) and other retirement funds, and can give them more time to save money.

Without the extra years of work, there’s a high chance that many people might not have enough money to last them in retirement.

A financial planner told the New York Times, for instance, that a hypothetical couple with $1 million in retirement accounts with annual expenses of $70,000 for essentials had a 47 percent chance that their retirement plan would fail during their lifetime—assuming they retired at age 65 and collected Social Security benefits then.

Waiting until age 70 to collect Social Security dropped the risk of failure to 38 percent, the planner found.

Buy an Annuity
A way to drop that retirement failure rate to zero is to buy an annuity, the financial planner advised.

Spending $298,000 on a single-premium immediate annuity would pay that hypothetical couple $12,000 annually for the rest of their lives. Such an annuity allows immediate payments in return for a lump sum that’s paid upfront.

It can be a lot of money to pay at once, but as part of a balanced retirement portfolio, an annuity can give retirees peace of mind that they’ll have money to pay their bills.

I hope you found this helpful. Contact me for more insights and info. More Posts you may be interested in:
Keeping Your Child's Credit History Clean

How to Design an Upscale Wine Room

Are You Eating Too Much Sugar?

4 Ways to Protect Your Safety When Selling Your Home