Make an Investment the Whole Family Can Play With 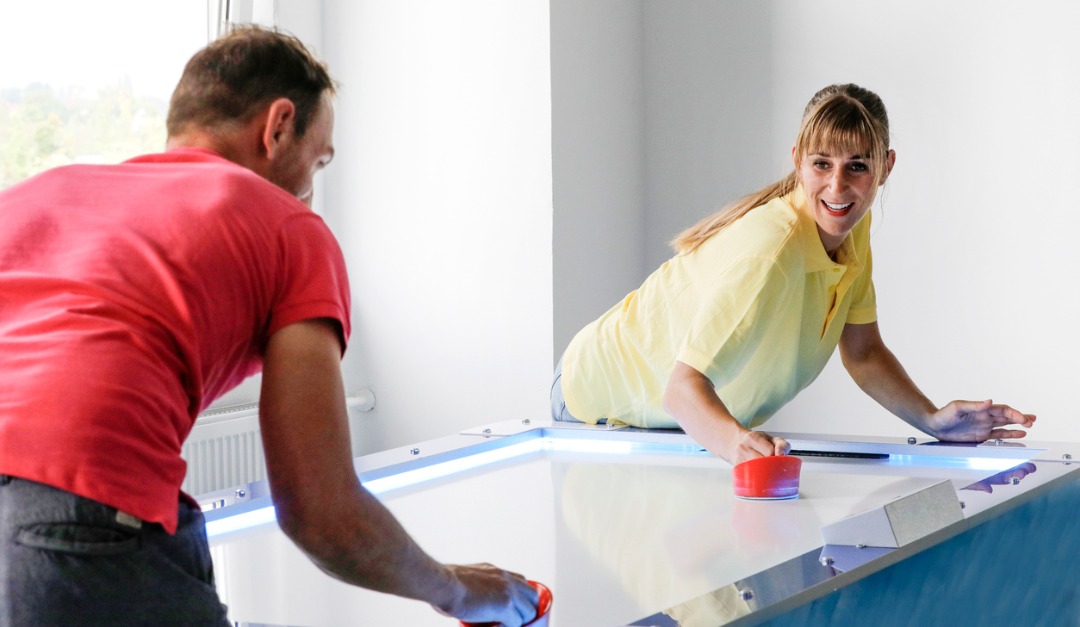 Air hockey is a game that is easy to understand and caters to everyone in the family, from ages 5 to 99. Kids love the action in the game and parents love a game that gets the kids away from video games. It also helps that the kids burn a little energy playing air hockey.

That’s why air hockey is becoming popular again and many homes are investing in tables.

For a few years, the air hockey table trend was leaning toward furniture style tables, but in 2019, the trend has been leaning toward the commercial, arcade-style tables. These aren’t too expensive, and they are easy to bring into the home.

While the basic game of air hockey hasn’t changed much since its inception in the ’70s, today’s manufacturers have dressed up the game to appeal to the kids and the families that buy them.  That means automatic scoring with music and crowd noise has become the norm, and colorful playfields with cool graphics have added lots of appeal.

Air flow on an air hockey table is measured in cubic feet per minute (CFM), and today’s tables operate more as an air tunnel effect, meaning rather than blowing the air directly up from the bottom, tables are now blowing the air from the side into a chamber and then circulating the air so it’s not pushing straight back. That angles the air and creates a bit of a vortex, creating consistent pressure, which allows the table to breathe more evenly.

Other innovations in air hockey tables of late include enhancements in lighting effects, such as lights flashing on and off when goals are scored and LED pucks and pushers that light up. Sound effects have been improved as well, with the sounds of crowds cheering and mimicking of the announcer being added to many tables. Then there’s game music paired together with cascading light effects bringing additional excitement to the game.

Larger, heavier pucks and ergonomic pushers are both staples with air hockey today. The former keeps the puck from flying off the table so much, while the latter prevents or reduces the risk of hand and wrist strain while allowing harder hits to the puck.

Whether you’re moving into a new home or just want to add some excitement to your house, adding an air hockey table can bring in loads of fun. More Posts you may be interested in:
How to Take Inventory of Your Home

How to Use a Fire Extinguisher