How to Organize Your Refrigerator 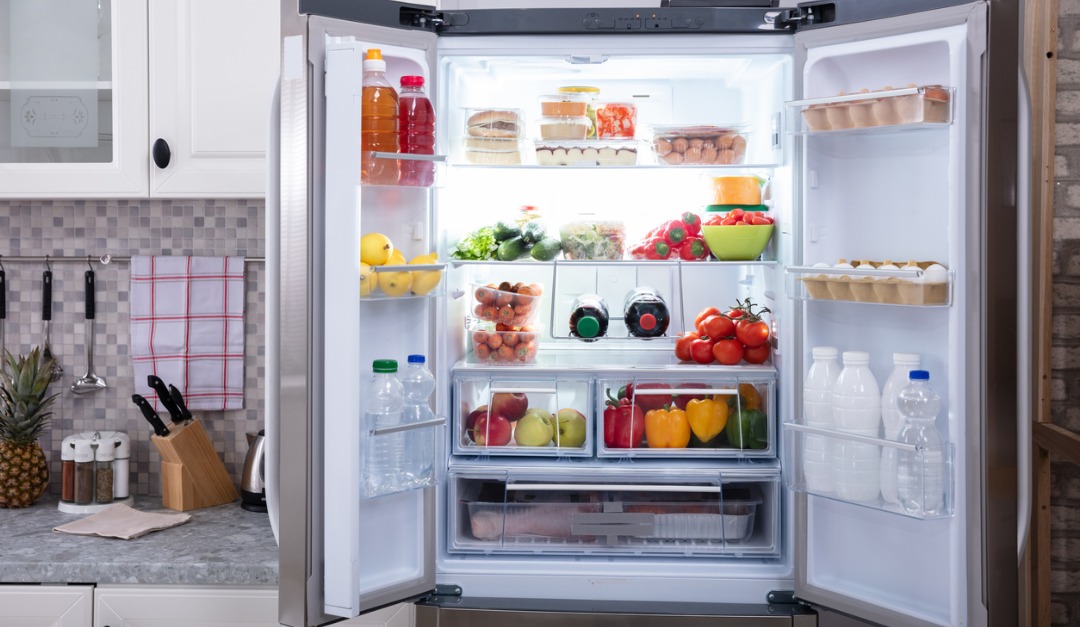 You and your family probably open your refrigerator several times per day looking for food, beverages and condiments. If things aren’t organized, people must rummage for the items they want, only worsening the disorganization. Not storing things in the right places can also cause food to spoil faster and put your family’s health at risk. Creating and sticking to a system can make cooking and snacking easier and help you avoid having food go bad.

Which Foods Go Where?
Before you reorganize the refrigerator, empty it out and clean it thoroughly. Wipe down and disinfect all surfaces and use baking soda or another deodorizer to control odors.

Store foods that don’t need to be cooked, such as leftovers, yogurt, cheese, deli meat, other prepared foods and beverages, on the upper shelves. Use labeled plastic containers to organize items. If you have several open jars or containers, use a Lazy Susan to make them more easily accessible.

Put raw meat on the lowest shelf so any juice that leaks won’t contaminate other foods with bacteria. If the shelf where you store meat is above the crisper drawers, put meat in a plastic bin to catch any drips and prevent cross-contamination. Group raw meats together and store other raw items in different areas on lower shelves.

Many people don’t understand how the crisper drawers at the bottom of the fridge work. They are intended to store fresh produce. Most refrigerators have humidity and temperature controls that can be adjusted to different levels for each drawer. Store leafy greens, such as lettuce and spinach, in a drawer set to a high humidity level to keep them crisp. Put fruits and vegetables that can rot in a low-humidity drawer. Line the bottoms of the crisper drawers with paper towels to make them easier to clean.

Get Your Fridge in Order
When organizing your refrigerator, it’s important to think about both food safety and convenience. Many people inadvertently put their family’s health at risk by storing foods in the wrong places. Not having a clear system can also lead to a lot of frustration. Go through your refrigerator, get rid of any expired foods, clean and reorganize the rest in a way that will keep your food fresh, keep your family safe and make it easier to find foods and beverages when you want them. More Posts you may be interested in:
5 Organizing Tools You Didn't Know You Needed

The Truth About 20 Percent

How to Protect Your Kids from Identity Theft

How to Make Mornings Less Stressful