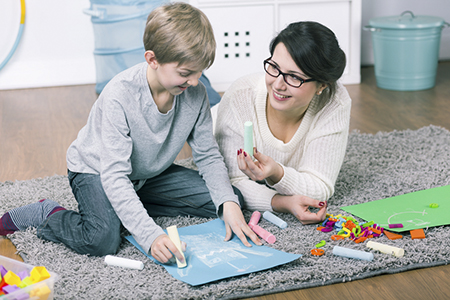 6 Things to Consider When Paying Your Babysitter

Babysitters earn a nationwide average of $10 per hour, according to PayScale. A higher national average of $14.91 was found in a 2015 survey by UrbanSitter.

Whatever the rate, a babysitter’s pay rate is determined by several factors. Here are six to consider when figuring out how much to pay yours:

Location: Metropolitan areas have higher wages because the cost of living is higher. Your babysitter probably isn’t paying their own rent, but their expenses are a lot more than for a teen in the Midwest.

Babysitters in the suburbs should be cheaper than metro areas, though some metro areas are a lot cheaper than others. The UrbanSitter survey found that the cheapest metro area was Denver at $11.04 per hour, followed by $14.32 per hour in Seattle and Washington, D.C.

Age: The younger a sitter is, the less they’re usually paid. This is mainly because they have less experience than older sitters. If you give your children an allowance, you probably pay the younger kids less. The same goes for sitters, who should have their pay increased as their experience grows and they work for you for a number of years.

Number of kids: After setting an hourly rate, paying $2 – $5 more per hour for each additional child is normal. The UrbanSitter survey found the biggest range for watching three kids instead of one in San Francisco—$5 more for three kids. Boston and Chicago parents only paid $2 more for three kids.

Daytime vs. night: Expect to pay more if you’re taking off during the daytime. Kids who are awake during the day are more work to take care of, and a sitter should be paid accordingly. At night, putting them to bed and then watching TV for a few hours is a lot easier, though still a responsibility worth paying for. Perks such as free food and premium cable TV can help convince a babysitter to take less pay.

Extra duties: The top five reasons parents pay sitters extra, according to the survey, are: staying late or overnight, cleaning the house, working on a holiday, doing laundry and taking care of a sick child.

All of these factors add up. Nearly one in five parents surveyed spend more than $5,000 a year on babysitters. Most spend less, with 23 percent spending $500 – $999 per year, which might be enough to encourage couples to have date nights at home.