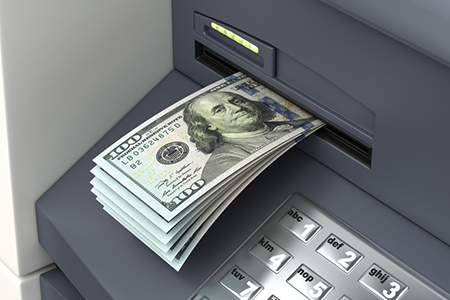 How to Avoid Bank Fees

The average bank fee for overdraft protection is $33. Make the mistake of not having enough money in your account when you write a check or buy something with a debit card, and you could pay a few hundred dollars in a year if you’re really forgetful.

Big and small banks make money off big and small fees on checking and savings accounts, sometimes as small as a buck or so. The national average out-of-network withdrawal fee for using an ATM outside of your bank’s network is $1.67, according to a survey by Bankrate.

Here are some ways to avoid the above fees and others that banks commonly charge:

Overdraft Fees
Also called “nonsufficient funds,” or NSF for short, overdraft fees changed after the financial crisis, with new rules requiring customers to opt in for overdraft protection instead of being given it automatically. Overdraft protection pays a transaction if an account is overdrawn, and banks charge fees until the customer deposits more money into the account.

To avoid the fee, either check your balance regularly to make sure you have enough money for a purchase, or opt out of the overdraft program.

ATM Fees
Being charged $1 to $3 to withdraw money is annoying. Using an ATM outside of your bank’s network costs $1.67 on average nationally. You may also be charged the national average of $2.90 by the other bank for using its ATM as a non-customer.

To avoid these fees, check with your bank on where you can use its ATM without a fee. It can pay to plan ahead by having some cash on hand so that you aren’t forced to use another bank’s ATM when you’re low on cash. Some banks, especially small ones or credit unions, may reimburse you for using other ATMs.

Monthly Service Charges
Waiving a $5 to $10 monthly fee for having a checking account can often be done if you meet certain requirements.

These can include having direct deposit, opening a second account, completing a certain number of transactions each month, or spending a certain amount on a credit card with the bank.

Low Balance Fees
Not meeting minimum balance requirements can cost $5 to $10 each month. If you’re transferring money out of a savings account regularly without keeping track of how low its balance drops, for example, then you may miss the fee being charged on your monthly statement.

If you can’t maintain a high enough balance to avoid this fee, then close the account and move the money to an account where you regularly keep more money, such as a checking account.

Finally, be sure to shop around for the best bank that meets your service needs and doesn’t charge such fees—or at least makes it easier to avoid them. There are plenty of banks, credit unions and other institutions that will hold your money for you, so look for the best deal.