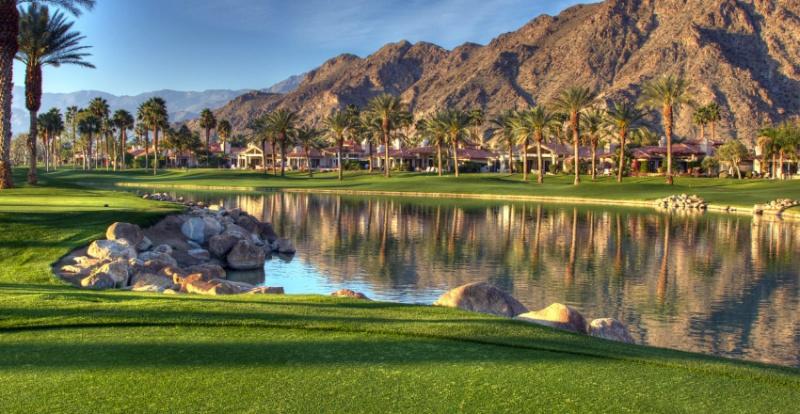 They say if you love what you do, you won’t work a day in your life. But what if you live where you vacation, does that make every workday a holiday?

Maybe not quite, but even so, thousands of people across the country have begun looking at their second homes, or at traditionally vacation areas, for more permanent living arrangements—a trend which has long-term implications for the industry at large, as well as revealing a bevy of new, disparate challenges in seasonal cities from coast to coast.

In Palm Springs, California, Jim Franklin is a broker with more than 30 years of experience in the area, including leadership roles for the regional REALTOR® association. In just a couple short years, he says there has been a roughly 10% shift in the proportion of people who live rear-round in the desert community— traditionally a winter getaway for movie stars and Los Angeles elites.

“Palm Springs used to be more absentee...the movie people and all that, but they didn’t come in the summer,” he says.

Now, restaurants are beginning to open year-round, and people who bought seasonal houses that did not have air conditioning or insulation are renovating to prepare for 100-degree summer heat.

“I think you’re going to see more and more people here permanently, because why wouldn’t you want to live here when you have 360 days a year of sunshine?” he asks.

Though so far, traditional infrastructure, like water service and parking, have not been huge issues in Palm Springs as more folks spend more time there, in Big Sky, Montana—another traditional winter getaway—there has been a struggle to provide housing and amenities for the influx of longer-term residents.

Katie Morrison, a sales associate in Montana, says there are not that many people who are staying permanently, but instead many more people are staying three or four months a year instead of three or four weeks.

“It increases the size, I would say, of what people are looking for. I was seeing a trend for a while of people who are downsizing, and now I’m seeing people upsize,” she says. “There has been absolutely no interest in [smaller condos] on my end.”

With restaurants and other businesses now staying open through autumn and spring, Big Sky is also in desperate need of affordable housing to serve workers at these places, according to Morrison—a challenge nationwide, but more acute in an area with relatively little housing diversity. The town has tried to spark more diverse housing opportunities through a community housing trust—an initiative that has “ramped up” in recent years despite pushback from some in the town.

This community trust even has incentivized local property owners to rent their vacation homes locally instead of putting them on Airbnb, Morrison says. But that organization has been limited by the fact Big Sky is unincorporated, meaning there is no local government directly supporting it, leaving the job to non-profits utilizing more informal tools.

A couple thousand miles southeast in Pennsylvania, across the sprawling, river-strewn and mountainous Poconos region, Airbnb and local regulation has become real estate’s most urgent obstacle, as that area also contends with an influx of both short- and longer-term residents. Jeff Rickert, a broker based on Pocono Lake, says that more than a dozen municipalities have spent months battling over short-term rental regulations, pitting those who want to make money renting their valuable properties against others who are looking for quieter, permanent living and fear the noise and carousing of the Airbnb crowd.

“With the pandemic, people were coming and doing very foolish things—they were staying longer and they were creating chaos,” he says.

Rickert says bigger investors buy up dozens of houses at a clip with the primary purpose of renting them on Airbnb, while at the same time many others are retiring or moving permanently into traditional second homes. With each town codifying separate regulations, real estate professionals are having to navigate a constantly changing arena of fire codes, septic needs, bedroom limitations, time limits and seasonal restrictions on short-term rentals that originate both at the state and local level.

“There’s 20 townships and boroughs [in the region] and all 20 of them had to create ordinances on rentals,” he says. “There’s still three out of the 20 municipalities that still haven’t approved rentals with an ordinance...it’s mission impossible.”

How the local officials eventually settle all these specific squabbles will determine how the region evolves, likely with different townships offering environments that may be more conducive to different lifestyles, Rickert posits. With many different stakeholders and interest groups, though, the situation remains both fluid and complex, and after three years of debate there is nothing like a consensus on any of these issues, according to Rickert.

Life As We Know It

The big picture is more about demographics and how they fit in the inherent structure or environment of a given place. Morrison says she does not anticipate Big Sky—with its heavy snowfalls and relatively isolated location—ever becoming a fully permanent community. Many of the people she sees dedicating more time there are what she calls “early retirees”—people in high-earning industries in their 40s or 50s who work irregularly in semi-informal or freelance roles, but crave the amenities of the beautiful mountain region.

With a recently opened community center and more town sponsored events (including a Halloween “Yappy Hour,” a combination pet parade and costume party), Morrison says that Big Sky is embracing a new normal that looks less like a resort and more like a traditional living environment for all ages.

Palm Springs, on the other hand, has not needed a whole lot of new infrastructure. The city has welcomed a mix of younger folks working remotely for companies in San Francisco and Oregon, along with people in their 60s or 70s who are there for the pristine weather, according to Franklin. The region also boasts an airport (which has seen a huge increase in available commercial flights this year), and may even see a railway built that could connect it to Los Angeles, which gives residents there much more flexibility—whether they want to fly out to see family or party in Westwood on the weekends.

Franklin guesses in the long term, Palm Springs will continue to shrink its number of seasonal residents, though at a slower rate than these past couple years. Airbnb rentals have remained a point of contention, though he says most residents are unbothered by the 2,000 or so units rented short-term.

“The money they collect, they put back into enforcement,” he says. “The police go out if they have to, they fine people.”

“I have a vacation rental next to my house, and I’ve never had a problem,” he adds.

Much will also depend on what builders do in these resort areas over the next few years as the supply chain issues calm down and labor becomes less of a crunch. Rickert says in the Poconos there is a huge lack of builders following the 2006 market collapse, and more municipal red tape has prevented anyone from quickly pivoting to putting up units designed either as short-term rental ready, or as permanent housing, meaning it might take even longer for these communities to evolve to meet new types of demand.

“I’m watching Florida build 100 houses in a hundred days,” he says. “A community of 3,000 houses [in the Poconos], they’ve built 100 houses in maybe 10 or 12 years. And quite frankly, local government likes to keep it as a good old boys club, and so that makes it even harder.”

Overall, people are looking less and less for the traditional vacation home, designed for a few weeks or a month of use a year and left empty the rest of the time. If they are looking to own a home in a vacation or resort area, that home needs to offer something personal as well as the kind of size, lifestyle and amenities of a permanent residence, and they have begun to expect the same services in resort towns as they do in more traditional markets.

Franklin says he thinks this attitude is driven by the prevalence of Airbnb. People can spend a week or two in a fully furnished, spacious home or condo in any place in the country on short notice, using Airbnb or another short-term rental service, and don’t need to own a home themselves to do it.

“Once people do a vacation rental, they’re like, ‘Wow this is so much better,’” he says. “You can have your own house and buy your own groceries without commitment.”

Anyone looking for a second home or looking to spend time in a resort area is going to be demanding more, Morrison confirms—from their home and from their community. What that looks like depends on the person as well as the community of course. But now more than ever, good skiing or beautiful views are not enough to get people to buy somewhere, as the unique spirit and character of these vacation areas become a primary reason to live there—something Big Sky has quickly picked up on.

“I think Big Sky is interested in becoming Big Sky, not becoming California, not becoming Vail,” she says. “So, the people who come, they are finding their niche and they’re becoming part of this community.”

Jesse Williams is RISMedia's associate online editor. Email him your real estate news ideas to jwilliams@rismedia.com
Click any of these icons to share the article

Copyright 2021 RISMedia, The Leader in Real Estate Information Systems and Real Estate News. All Rights Reserved. This material may not be republished without permission.