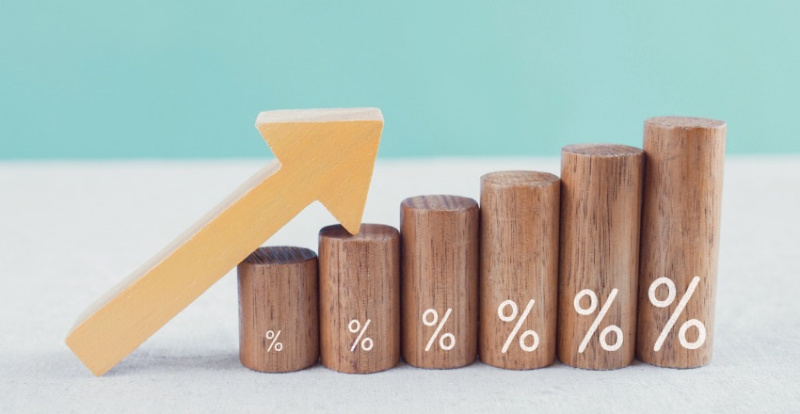 Mortgage Rates Exceed 6% for the First Time Since 2008

On the rise since the beginning of the year, mortgage rates continued their upward trajectory this week, rising above 6% for the first time since 2008.

The 30-year fixed-rate mortgage (FRM) averaged 6.02% this week, up from 5.89% last week, according to the latest Primary Mortgage Market Survey® (PMMS®) from Freddie Mac.

Key findings: What the experts are saying:

“Mortgage rates continued to rise alongside hotter-than-expected inflation numbers this week, exceeding six% for the first time since late 2008,” said Sam Khater, Freddie Mac’s chief economist. “Although the increase in rates will continue to dampen demand and put downward pressure on home prices, inventory remains inadequate. This indicates that while home price declines will likely continue, they should not be large.”

“Mortgage rates at or above 6% is likely the new reality and prices will have to adjust. Relatively strong demand and still-low inventory will continue to support stable or growing prices in most markets, but gone are the days of seeing offers tens or even hundreds of thousands of dollars over asking price. In some places, particularly high-cost markets and places where prices have grown fastest over the past two years, we could see year-over-year price declines.

“Higher rates have significantly driven up the cost of buying a home, pricing some prospective buyers out of the market entirely. While the national median home price is about 10% higher than it was a year ago, soaring interest rates have pushed the typical monthly payment up by nearly 50%. For many buyers, especially first-time buyers, who do not have housing equity to rollover into a purchase, the numbers simply don’t work in this higher-rate environment.

“Until now, the luxury segment of the housing market had been relatively insulated from rising rates. However, the 6%-plus rates are now driving bigger changes in the higher-priced markets. For example, in Washington D.C., where the average list price is over $800,000, the number of new pending contracts fell by 15% between July and August, a drop off that was much steeper than in lower-cost markets. Sellers are adjusting their expectations—six out of 10 sellers in Washington D.C. have dropped their asking price.

“Buyers who are able to qualify for a mortgage will actually benefit from an upside to higher mortgage rates—more choices. Inventory is expanding in most local markets and homes are remaining on the market longer. Buyers have more leverage than they have had in more than two years. They will also find more variability in the rates and terms offered by lenders, so it is important for them to shop around for a mortgage,” Sturtevant concluded.

“Investors reacted to August’s inflation numbers which showed that consumer prices continued to rise at 1980s levels. While the headline figure slowed from June’s high, core inflation remains stubbornly elevated, putting pressure on the Federal Reserve to maintain an aggressive stance on monetary tightening. Markets are keeping a close eye on the central bank’s meeting next week, expecting another 75-basis point increase in the policy rate, if not a 100-basis point jump.

“After working in conjunction with fiscal policy to pump massive liquidity into financial markets and boost companies and consumers’ budgets during the critical stages of the pandemic, the Fed is pulling hard on levers to reverse its direction. While the bank has been aiming for a “soft landing” for the better part of this year—slowing the economy just enough to tame prices, without damaging employment—remarks by FOMC members over the past month are hinting that policy makers are willing to accept a much harsher impact, with Chairman Powell mentioning more “pain” to come. These remarks, combined with continued rate hikes and balance sheet reduction, are already having a visible impact on corporate outlooks. Consumer confidence is also likely to be impacted in the months ahead leading into the critical holiday retail season.

“For real estate markets, the rising costs of borrowing are further cooling demand for homes and deepening the affordability crisis. The buyer of a median-priced home is looking at a monthly payment of $2,100 at today’s mortgage rate, a 66% jump from last year. With real median household incomes remaining relatively unchanged, many first-time homebuyers are finding the door to homeownership is closed for this season. With borrowing costs expected to continue rising in the next few months, it is becoming increasingly clear that home prices need to decline to bring balance back to housing markets. Many sellers are recognizing the shift in market conditions and are responding by cutting their asking prices. These changes are coinciding with the time of the year when buyers have historically found the best market conditions to find a bargain,” Ratiu said.

Copyright 2023 RISMedia, The Leader in Real Estate Information Systems and Real Estate News. All Rights Reserved. This material may not be republished without permission.